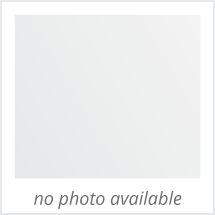 From “Play Me Something Quick and Devilish” (Voyager Records companion CD, 2012).

From the notes to Voyager Recording’s CD #357: Billy Lee: Up Jumped the Devil

Billy Lee was born in January 7, 1929 in Wright City, Missouri and served in the Army in Germany in the early fifties. There he played fiddle in country bands, and he grew interested in building and repairing violins and other musical instruments. Billy hails from an old Missouri German and English family, and his fiddling reflects both these traditions of music that continue to flourish in eastern Missouri.

On his father’s side the Lees go back to 1680 in St. Marys County, Maryland; they migrated to Kentucky and from there to Missouri in 1841. His dad’s grandfather and grand uncle fought in the Civil War for the North, and had Kentucky cousins fighting for the South. On his mother’s side, the Kruegers came from Germany in the 1830s and settled in Warren County near Pinckney. They worked in a flouring mill, then moved to Warrenton, then bought a 400 acre farm where Krueger’s Bluff is. Her mother’s folks came from Lippe-Detmold area of Germany to the “Lippstadt community” of rural Warren County.

Billy’s dad, William Axford Lee, played guitar, but his uncle Billy Lee was the main musician in that generation. His father knew fiddling, and Billy recalls him urging him to “smooth it out, don’t jump your music, play it smooth, and he wanted a lot of notes put in it like a good whistler would whistle.” Billy’s grand uncle Frank Lee played second fiddle to his grand uncle Billy’s fiddling, an old tradition in Missouri seldom heard today. “He was rough, and did the violin chording behind the lead fiddling. He didn’t play melody at all, he just played chords like you would on a cello or a bass.” The two of them played dances alone.

Billy’s first violin was “one that my Dad’s brother had had. My grandmother had kept it and had it in the attic in a flour sack. And it had come all apart, so we took it home and Dad and a cousin of mine glued it back together and got some strings from somewhere or other. And then we had to have hair for the bow, so they went to the neighbor’s and got some out his white horse’s tail and haired the bow — and I was ready to start learning then. Before that, I’d always sawed on a ukulele neck with a – we had some kind of weeds growing across the road from us, and got about as big around as your finger. And get six to eight foot long. I’d always get some of them and cut off a chunk to be the bow.” Billy also made fiddles out of corn stalks by slicing the stalk and pulling some strands out, then putting a piece of cornstalk under it for a bridge, “and you could make squeaking sounds on it.”

You Are My Sunshine was the first tune Billy played, at around age 9, learned from listening to the Jimmie Davis recording on the radio. “I play a lot of the old Tin Pan Alley tunes, I guess you would call them, like Whispering, Dark Town Strutters Ball, Five Foot Two.” Billy calls his fiddle style “hillbilly hen-scratching fiddle … conglomeration … clabbered fiddle.” His role model was the famed radio and recording artist Chubby Wise. “I thought he got a better tone out of a fiddle than anybody I ever heard.”

Billy’s band, The Tune Twisters, formed in 1961, was a mainstay of the eastern Missouri round dance scene for many years. In 1976 Billy decided it was time to retire from the hectic pace of steady work in dance halls. At the same time, he was a professional auctioneer and building up his instrument repair business.

Billy is a good storyteller and has a droll sense of humor. “I always sat underneath the fiddler’s arm if I could get there, when I was so high. My dad was usually playing guitar, and I’d get up close as I could to the fiddle player. Generally they were house dances or something, you just got in a corner and played. Remember one time, I was always awful bashful. And we went to this house dance and they’d sat sticks of stove wood on end and then laid a plank on top of them for seats around the corner, edge of the room. This one (plank seat) didn’t go all the way to the corner, it ended back a seat or two. This old woman, she was a Mills, too, I’ve forgotten what her first name was, but I thought she was a thousand years old. Always dressed in black, with a little black bonnet on, and she come a-creeping in and come over there by me and was going to sit on that bench, and I was too bashful to tell her there wasn’t no bench there and she just kept sitting down till she got all the way to the floor.”

There used to be a lot of strong drink at those old dances, and homemade liquor was passed around. “I remember one old boy, had a terrible tooth ache. And that tooth kept aching him and he got about two-third drunk and he decided he was going to end that. So he got out his pocket knife, jabbed it in all round that tooth and loosened her up and pulled her. Would’ve killed a human.”

Billy now lives in Wright City, Missouri, with his wife Betty. In retirement, Billy once again plays dances with a band, Frank Stanek and the Country Limits, in the Montgomery City and Warrenton area on Saturdays and Sundays.